If your cast iron pan is getting too rusty or has too many burnt spots, scraping off food bits may not be enough to get that skillet back to shape.

You may need to clean and polish your cast iron pan.

Below, we outline how to polish a cast iron pan so that it looks nearly brand new. Follow these eight steps below.

How to Polish a Cast Iron Pan: 8 Steps to Follow

First, it is vital to note that there are only two types of cast-iron skillet cookware you should polish.

There are eight steps you can follow to effectively polish a cast-iron skillet, which we describe in detail below.

You’ve got yourself a dirty skillet. Now, you’ll need to get yourself some sanding pads, such as the Avanti and Diablo sanding pads. 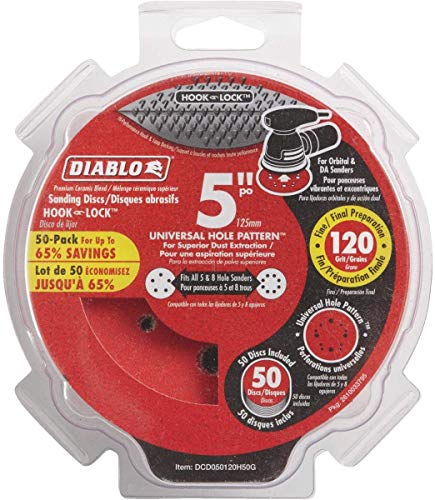 You can find these items at home improvement stores such as Home Depot. In addition, you will also want to gather some steel wool, scouring pads, and a plastic scraper.

You’ll also need to use soap and water during the cleaning stage as well as lard for the seasoning stage.

Step 2: Build a Wooden Mount to Hold the Cast-Iron Skillet

In this step, you’ll need to get some planks of wood.

First, make an eye bolt and then create a hook. You’ll need to drill a section for a long bolt where the cast-iron skillet can be positioned.

The table vise developed can hold the bracket. A 2×4 is used to prop up the other section of the wooden mount.

Step 3: Use 40 Grit Sandpaper to Polish the Cast Iron Pan

This sandpaper will do the most to get the top layer polished and remove the most rust off the cast iron pan.

You may need to get as many as four of these 40 grit sanding pads. 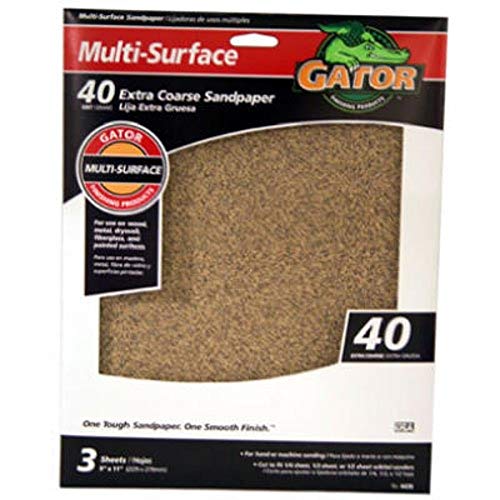 You don’t need to use too much force with these sanding pads either.

You need to move these pads evenly over the surface of the skillet. Before you know it, your cast iron pan will no longer be a dull black color but a satisfying silver instead.

Step 4: Use 80 Grit Sandpaper on the Cast-Iron Skillet’s Surface

Once you’ve used up the 40 grit sanding pads, you can use some 80 grit sandpaper to further clean up the cast iron pan. 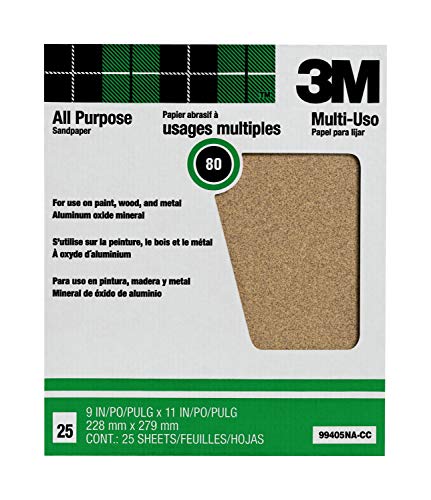 The problem is that these pads get worn out rather quickly, so you’ll need to get a few extra sanding pads.

This step involves a final pre-polishing in which the cast iron pan becomes a shiny silver that can reflect light.

The skillet is now standing out as a nearly polished kitchen appliance.

There is little point in going any further. With the 220 grit sanding pads, your skillet will become smooth and shiny. 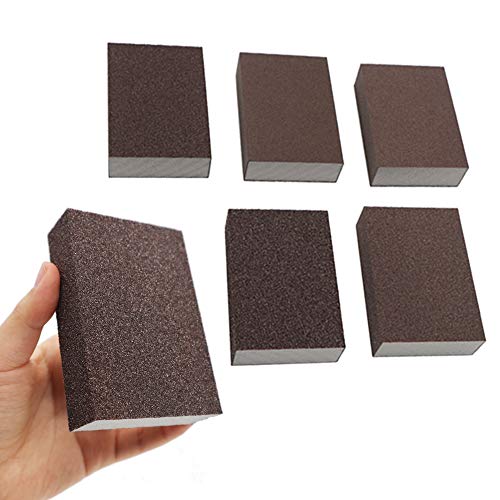 If you have followed each step, you’ll be happy with how well this project is progressing. Your cast iron pan will look great.

Now you can take the skillet off of the wooden mount and bring it to your sink.

At this point, you need to fill a sink with soapy water and use steel wool for the final washing and cleaning of your cast iron pan.

You can use scouring pads and a plastic scraper to remove any extra bits of rust that are left over after the sanding process.

Now, rinse off your cast iron pan and pat it dry with a towel.

To dry it off completely, put your pan inside an oven at 200 °F. Wipe off any flash rust with a cloth if needed.

Now that your cast iron pan is completely dry, you can pour vegetable oil or melted shortening over it and spread it evenly across the surfaces, according to the Southern Living publication.

Preheat the oven to 375 °F and put the cast-iron skillet upside down on the oven’s middle rack.

To keep your oven clean, place foil on the bottom rack to keep the oil from dripping into the oven’s cracks.

Leave the casting iron pan in the oven for one hour. Then let it cool in the oven.

Step 8: Repeat the Steps Above Every Once in a While

If you want to keep your cast iron pans in good working order, you’ll need to maintain their new appearances.

Polishing your cast iron pans using the steps above on a regular basis is a good idea for proper ongoing maintenance of your skillets.

How to Properly Clean a Cast Iron Pan

There are several specific steps you can follow to properly clean a cast-iron skillet. These steps include:

When washing your skillet, you can either use a small amount of soap or a few spoonfuls of salt as scouring agents to get rid of food that is stuck on the pan.

You can also use a plastic scraper to remove the rust and stuck-on food. If the pan is extra dirty, use hot water and let it simmer for a few minutes.

Once the cast iron pan is no longer hot, you can use the plastic scraper to remove the char and burnt parts. You will need a good brush and steel wool to wash a cast iron pan.

After the wash, dry the pan quickly and effectively using a paper towel or a small cloth towel.

Furthermore, any black residue on the towel is likely due to the seasoning steps of taking care of cast iron pans. This is a common issue and isn’t worrisome in the least.

Next, you’ll need to add a layer of vegetable oil, seasoning spray, or melted butter to your pan’s surfaces. This only requires a light and even layer across the skillet’s outer coat.

The last step involves wiping off the oil residue using a paper towel. Make sure there is no oil left on the surface of the cast-iron skillet.

This is the general way to properly clean a cast iron pan. If you don’t have enough time to properly polish your cast-iron skillet, you can more quickly wash your pan instead.

Should I Soak My Cast Iron Pan?

Instead, you should use a scrubbing brush or a plastic pan scraper to remove food or char from your skillet. Rinse the pan in warm water, but do not let it soak in the water.

Make sure your pan is completely dry of water after the rinse. If your pan does develop rust, there are steps to take to polish the skillet and remove the rust.

You should wash cast iron pans by hand. Do not use a dishwasher for your cast iron cookware.

A dishwasher can actually remove the steps you’ve taken to season your skillet and may cause rust.

So be sure to avoid dishwashers when cleaning a cast iron pan.

Is It Safe to Use Soap on My Cast Iron Pan?

It is safe to use a small amount of soap on your cast iron cookware when cleaning it.

However, too much soap will cause problems, as it can remove the seasoning of your skillet.

What Type of Cooking Styles Can I Use With a Cast-Iron Skillet?

The type of cooking techniques you can implement with this type of pan include:

What Oils Should I Season My Cast-Iron Skillet With?

The absolute best oils to season your cast iron cookware with include canola oil, vegetable oil, or melted shortening.

However, nearly all cooking oils and fats should be safe to use on a cast-iron skillet.

Why Is My Cast Iron Cookware Sticky After the Seasoning Process?

If you find that your cookware is sticky after seasoning, then you may have excess oil present on the surface of your skillets.

You can remove the stickiness by putting your pans upside down in an oven and baking it at 450 °F or 500 °F for one hour.

Let it cool down before checking for stickiness.

If you follow the eight steps described above to polish your cast iron pans, you will soon have skillets that look brand new.

If you want to have your skillets look shiny and see your reflection, you’ll need to polish them using a sandpaper process, washing and drying, and a seasoning stage.

Before you know it, your pans will look perfect, and be ready for cooking a delicious steak, bacon, or cornbread.