A patty pan (also called a patty maker) is a small baking tin that has small indentations around its edges. 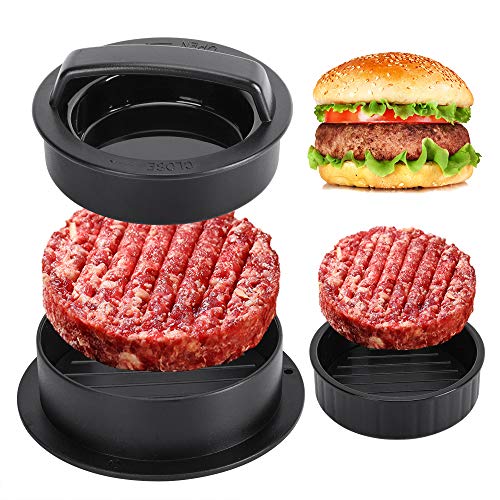 These have been used for baking cakes and other sweet and savory treats since the 1930s. Oxford Dictionary described patty pans as ‘for baking in’.

The pans have been replaced with larger and sturdier varieties, which have little to no designs. Well designed and vintage patty pans are still coveted and used by baking enthusiasts today.

The History of the Patty Pan

The pans were made of glass, tin, and even stone at one time. The golden era of the pan spanned the years between 1930 and the 1970s. It was used to make mini quiches, tiny cakes, mince pies, asparagus rolls, and jam tarts.

As per convention, during that time, households used to have a weekly patty pan baking competition. The aim was to provide small and large confectionaries for lunch boxes and social gatherings.

The name ‘patty pan’ can be traced back to sweet and savory pies called Petites Pates. These were quite popular in France during the 17th century.

Today, the name is referred to as easy cooking aids that provide an attractive element to baked goods.

The designs reflect the events in which the pans were used. You can find vintage patty pans that were used for parties, Christmas, and even the war effort.

Some were even designed specifically for special occasions. This includes the Centenary of Victoria back in 1934. That was how popular and versatile the pans were.

How Patty Pans Were Made

The main principle working behind patty pan manufacturing was heat balance and application. Paper blanks entered the machine and were processed as a unit called a ‘nest’.

A single nest could be used to make 12 to 30 patty pans depending on their size. The smaller the pans, the larger the number produced.

The ‘dwell’ was also important. It was the length of time that paper was held under pressure in the mould.

It ensured that the fibers of the paper could stretch and set in the required shape of the mould. The heat sets that shape by drying the fibers. Once the paper was dry, it could not revert to its original shape.

However, if the heat was too low, the paper would flatten out again. If it is too high, it would burn or fuse with the mould.

A special greaseproof paper was used to prevent this from happening. It was flexible enough to form the required shape. It was also thick enough to hold the cake mix or batter.

Additionally, the paper was also butter-resistant. This ingredient is still used to coat baking trays. In fact, quality patty pans are greaseproof. Plus, they don’t weigh more than 54 grams and at least 38 grams in weight.

These pans were not difficult to make back in the day. Each was formed using paper circles, which were cut from paper reels.

During the 1930s, these sheets were first printed with a specific design. After that, they were cut with steel cutting dies.

The hand press used to cut the design could determine the thickness of a single roll with one stroke. Special care was taken to ensure the circles were aligned accurately across the paper.

It prevented waste and ensured more paper was available for other designs.

Once cut, the paper circles were stacked in a machine and shaped accordingly. A mechanical hand would select the predetermined number of circular papers.

After that, it would turn at a 40-degree angle. Or it would swing to the side to place the circles on an open die.

The 40-degree movement was suitable for smaller circles while the larger ones benefited from the sweeping one. The latter prevented the sides of the paper from flapping.

The paper would then be pushed into the head of the die. Then the heat was applied for a specific dwell time.

The process required repetitive movements. The formed nests were pushed right through the die into a box below. The freshly made patty pans were then packed by hand and sent for distribution.

Patty pans were made of paper. That’s because printing on paper was considered cheaper compared to metal printing. Paper holds the printed image by absorbing the inks used in the fibers, which also survive the cooking process.

How Patty Pans Are Made Today

These days, the machines used to make patty pans are fully automatic. Paper reels feed each, and the number dictates the number of blanks in a nest.

A cutting die is placed at the mouth of the forming die. The paper reels are drawn together at the die mouth. There, they are so the pan can be cut and delivered into the forming die in a single step.

In other words, today, there is no need for mechanical feeding arms and timing mechanisms.

Older machines are obsolete because they took longer to make patty pans. Waste paper drops to the side, and there is no need for hand cutting.

However, machine automation also reduced the flexibility required to create different shapes. It is one of the main reasons why intricate patty pans are so rare.

It had a lot to do with increasing unit costs as well. The introduction of reels allowed greater volumes to be produced per design. Unit cost also reduced as a result.

The main reason for the decline of the golden age of decorative patty pans? Rising labor costs. During the 1960s and 1970s, female operators were paid less than male ones. The disparity was addressed during the ‘60s when equal pay for equal work was introduced.

Automatic machines allowed manufactures to adjust to this change. A single machine was capable of churning out the output of three to four workers easily.

A single girl could achieve the output of several workers without using a hand cutter. The change led to an increase in the popularity of machine engineering.

The most famous confectionaries that were made using patty pans were called ‘Queen cakes’. The cakes were named after Queen Mary who ruled from 1689 to 1694.

The cakes are evolved forms of Portugal cakes. These are so named because of one of the ingredients. The confectionaries were made from sweet or fortified wine from Portugal.

However, some also contained brandy, but non-alcoholic versions were also available. Some bakers would use orange-flower water, mace, rose water, and pounded almonds in their cakes. Others would top their Queen cakes with thin icing.

Both Portugal and Queen cakes were made in patty pans which were also used to make mince pies. During the mid 18th century, other pans were also made to make Queen cakes.

They were available in different shapes and sizes. Hearts were the most popular design. But some bakers would use simple teacups or saucers to shape their cakes.

Here is an old recipe that can give you a taste of what the royals ate:

The best way to eat the cakes is when they are fresh out of the oven and cooled down. If some are leftover, you can eat them later.

Just place them in an airtight container to ensure they don’t spoil. Eat them in one to two days. After that, the cakes will start to lose their flavor.

There are a ton of cookbooks out there that have recipes for patty pancakes. However, if you find vintage pans, make full use of them.

Try out savory treats such as chicken patties. If not, you can always collect them as a hobby. A vintage patty pan can go for a lot of money.